Here are the words to help you solve all the world's mysteries. (At least the mysteries in the Spanish-speaking world.)

The words in square brackets like [this] are optional. (More about that later!)

Play
¿Quién?
Who? (one person)
Play
¿Quién eres [tú]?
Who are you?
Play
¿Quiénes?
Who? (more than one person)
Play
¿Quiénes son [ellos]?
Who are they?
Play
¿Qué?
What?
Play
¿Qué quiere [él]?
What does he want?
Play
¿Dónde?
Where?
Play
¿Dónde está el teatro?
Where is the theater?
Play
¿Cuándo?
When?
Play
¿Cuándo es la fiesta?
When is the party?
Play
¿Cuál?
Which?
Play
¿Cuál quieres [tú]?
Which one do you want?
Play
¿Por qué?
Why?
Play
¿Por qué están [ellos] aquí?
Why are they here?
Play
¿Cómo?
How?
Play
¿Cómo sabes [tú] mi nombre?
How do you know my name? 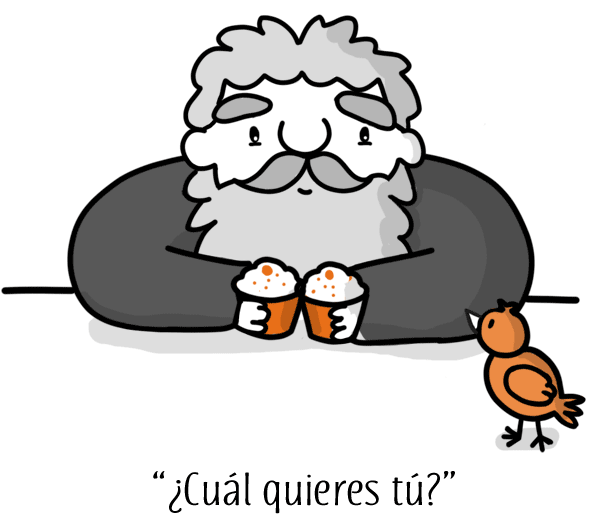 Just like in English, you can ask a question without using any question words. All you need to do is say it with a rising intonation at the end. (Consider the difference between saying, "He finished it." and saying "He finished it?")

You'll usually find that if the question includes one of those personal pronouns (you, me, he, she, they, etc) the question will make it move to after the verb, but either way is fine. 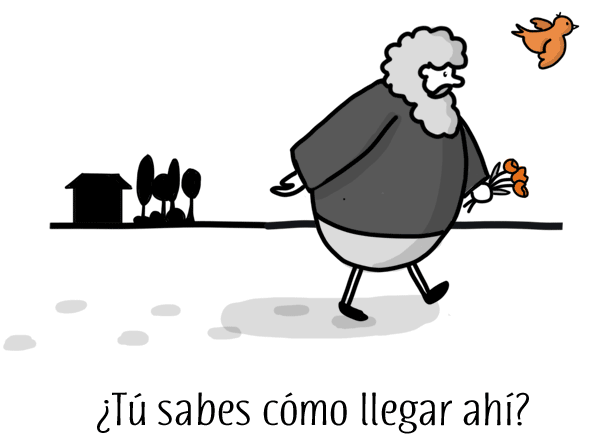 Differences between Spanish and English questioning

The important part is your intonation: Rise at the end of the question, so it doesn't sound like you're just affirming "yes, she comes."

You can usually leave out the personal pronoun (yay!)

As you saw in the examples above, in Spanish you can often leave the he / she / you / me (personal pronoun) out of the question. So instead of "You stole my iPod?" you'd just say "Stole my iPod?".

Of course this doesn't make much sense in English, but in Spanish each verb (like "to steal") changes to agree with the personal pronoun (he, she, they, etc).

So you can tell who it's talking about just by looking at the verb, and you don't actually need to say "you". There are a few exceptions to this, and you may need to clarify in some instances, but this is true a lot of the time.

In Spanish you'll put a verb immediately after the question word. So instead of "How do you know?" it would be more like "How know you?".

Or you could even just say "How know?" since the "you" isn't really necessary either.