How to find out where to go, and how to get there 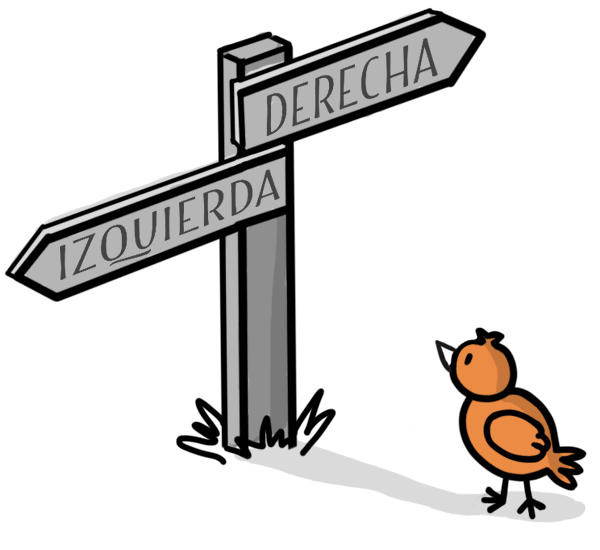 This is one of those Spanish lessons that gets less and less important as smartphones get cleverer at giving directions.

But there may still come a time where you need to receive or give directions to another person (maybe their phone is out of battery?) so you need to know how to do it.

Asking where something is

For instance if you were looking for the Museum of Natural History, or a particular street, you'd use está because you're looking for a specific place.

But if you were looking for a drug store/pharmacy, you'd use hay, because you're not looking for a specific one. Just any old one will do.

Once you've got your está and your hay situation sorted, here are some of the responses you might hear in Spanish. I've highlighted some important prepositions that you should definitely tuck into your vocabulary toolbox. These will come in handy!

Other times people might need to give you more specific directions, so they'll tell you to "walk two blocks", "turn left", or "continue on for half a mile..."

So make sure you brush up on some of these verbs you might hear.

Remember that in Spanish we have formal and informal ways of using these verbs:

Let’s look at the “tú”, which is the most likely form of the verb people will use when giving you directions on the street. You might hear people use verbs like this:

And then there's public transport

If you ask "¿Está lejos?" ("Is it far?") and the answer is "Sí", then you might need to take some public transport. Someone might say to you...