Which to use when asking where something is 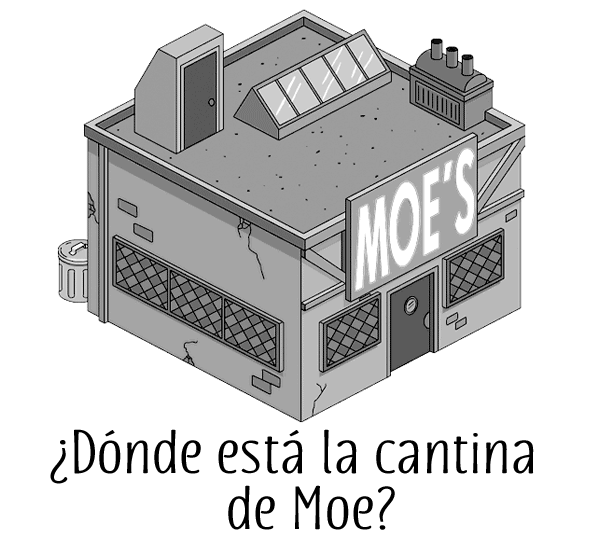 In a previous lesson on Spanish question words we discovered the word for "where?": ¿Dónde?

Both of these mean "where is ______?" but they're used in slightly different situations.

See if you can spot the difference here:

Play
¿Dónde está la cantina de Moe?
Where is Moe's tavern?
(Literally: Where is the tavern of Moe?)
Play
¿Dónde hay un policía?
Where is a police officer?

Times when you'd use está...

Times when you'd use hay...

Your turn: Which one should you use?

If Homer was looking for Flanders, what would he use? "¿Dónde hay?" or "¿Dónde está?"

Click for the answer
Play
¿Dónde está el señor Flanders? (Where is [the] Mr Flanders?)
(Because Homer is looking for THE Flanders, not just anyone named Flanders!)

If Lisa was bored, and looking for just any old book to read, which would she use? Está or hay?

Click for the answer
Play
¿Dónde hay un libro? (Where is a book?)
(Because she's not looking for any particular book, she'll use "hay" and the indefinite article "un")

If instead she's looking for her saxophone, what would she say?

And more importantly, is it ¿Dónde está Waldo? or ¿Dónde hay Waldo?

Yup, we're looking for a specific guy (and none of these other imposters will do), so it's:

If you just wanted to find any of the other guys in red striped shirts, then you could ask:

— but where's the fun in that?