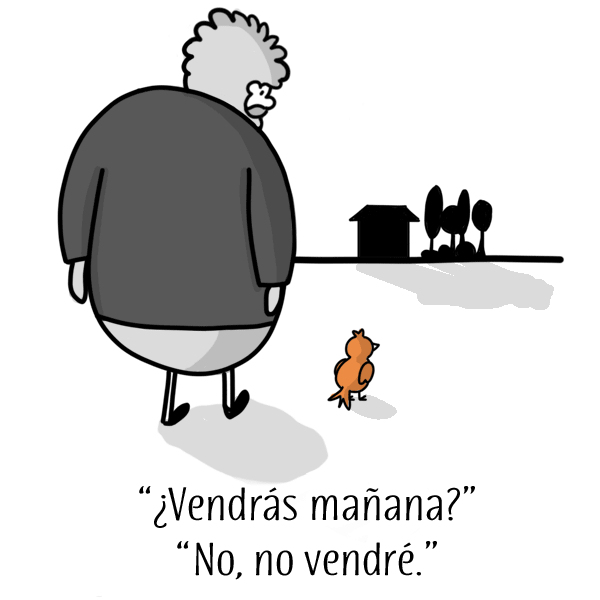 This is going to be one of the easiest rules you learn in Spanish. (You actually probably already know it.)

This is one of the instances where the Spanish is simpler than the English, and it'll make you look at the English and think: "Shucks. I know that? I must be a freakin' genius."

But don't worry if you don't know what that all means, because in Spanish you don't need it.

In Spanish all we have to do is put a "no" in front of the main verb.

Answering questions with a negative

If you need to answer a question with a "no", you can either answer simply with a "no", or follow it up with a negation like what we did above.

(Although note that there's a good chance the verb might need to be conjugated depending on who you're talking about... it might not be quite as simple as repeating the question back to the asker with a "no" sandwiched in there.)

Play
¿Sabes cómo conducir?
Do you know how to drive?
Play
No, no sé.
No, I don't know.
Play
¿Estás en casa de tu amigo?
Are you at your friend's house?
Play
No, no estoy ahí.
No, I am not there.
Play
¿Vendrás mañana?
Will you come tomorrow?
Play
No, no vendré.
No, I won't come.